Who are the RHS?

The Royal Horticultural Society is actually a charity and its main aim is to help develop and promote all aspects of horticulture and gardening. It does this in a variety of ways, including putting on events such as the Chelsea Flower Show as well as running educational courses for amateur and professional gardeners. It gets involved in areas such as the science of horticulture and has a large collection of books and artwork in the RHS Lindley Library, one of the most important horticultural resources in the world. 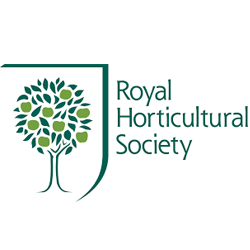 The History of the Royal Horticultural Society

The RHS began from fairly humble beginnings when John Wedgewood wanted to create a group where members could meet regularly and discuss all matters to do with horticulture. The first meeting took place in 1804 and involved just seven people. A few years later, when Thomas Knight became its president, the society became involved in research in relation to fruit bearing plants and trees.

As the RHS expanded, it began to invest in grounds to create gardens that were intended to be horticultural delights and for the advancement of the science of gardening. The first, in 1818 was in Kensington in London and a second quickly followed in Chiswick. Over the years, the library developed and the society began to award prizes to people and plants as well as produce monthly publications such as The Garden. Since about 1955, the RHS has acted as a register for certain types of plant such as conifers, lilies and orchids.

Members and fellows used to be voted into the society but this was changed and today individuals and families can join for just a small membership fee, paid annually. The society currently has nearly half a million members from all walks of life and several million visit their gardens each year.

Today, the RHS owns four magnificent gardens around the country: Hyde Hall in Essex, Wisley Gardens in Surrey, Harlow Carr in Harrogate, Yorkshire, and Rosemoor in Devon. They are all open to the public and run events for gardening enthusiasts throughout the year, including photography days and courses for amateur gardeners. Each runs its own flower show, as Wisley is doing this September when it opens what it calls a ‘six-day floral extravaganza’.

The RHS is probably best known for its garden shows which attract large numbers of people during the summer months. The most famous is perhaps the RHS Chelsea Flower Show which has its own slot on television and attracts visitors from all over the world and is often considered the highlight of the horticultural calendar. You can read more about the individual shows in our Blog ‘Top UK Flower Shows’.

The Relevance of the RHS Today

Helping to promote gardening and horticulture across the UK is an important cause and still highly relevant today. The Society is currently running a number of initiatives to get us more involved such as Britain in Bloom which is about community gardening and providing lessons about plants and horticulture in the classroom for kids. With so many of us living in cities, having an organisation that actively promotes the joys of gardening and getting involved in nature is a great thing, especially when the RHS visits schools or provides special days for children to come and enjoy their gardens.

Helping gardeners has always been at the heart of what the RHS do and this can be seen with their annual award given to plants that perform reliably when planted in appropriate conditions. The award is called the Award for Garden Merit (AGM) and is only given when a plant has performed to standard in trials in RHS approved gardens. Unlike other awards issued by the RHS this one is reviewed over time to ensure the plant still meets the standard. This helps gardeners and garden designers choose which plants to include to ensure a beautiful garden which plants that respond how they should.

For garden designers the RHS provides a constant source of inspiration, information and innovation from which we learn, develop and translate into our clients gardens here in Leeds. They provide a great mix between cutting edge design or technology and tried and tested (across generations) planting and planning techniques to enable them to continue to grow in reach and relevance.

The society has expanded its offerings in recent years and regularly holds open air cinema screenings to attract new visitors to their garden grounds. With everyone trying to be more green and reduce their carbon footprint, there has been more interest in gardening and horticulture in the last few years, bringing in a whole new generation of enthusiasts.