Reasons to get back out in the garden this Easter

It’s spring, or nearly. Or maybe not at all. At this time of year each day, sometimes each hour, brings different weather. Yesterday I walked round my garden and in half an hour had crisp blue skies, sunshine so warm I took my jacket off, freezing winds, lowering black clouds – and then a light sprinkling of snow.

Whatever the weather in the weeks leading up to Easter we start to get a bit restless, staring out of the window before turning the heating up a bit more. The garden is calling but maybe we don’t quite want to hear it yet, even though we know that every week that passes we’re letting slip magic opportunities. So here’s some reasons I found out to help me take those first, slightly reluctant, steps back out into my garden. You know once you’re out there you’ll be fine (but, oooh, maybe just another cuppa first). 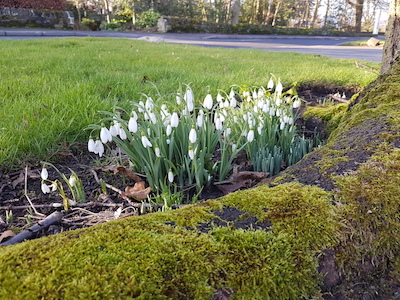 Pottering in the garden is proper exercise

who knew?! I recently read an article about a survey, carried out over five years by the British Journal of Sports Medicine, that says that even ten minutes pottering can improve health and lead to a longer life, especially among older people. Now this a lot more achievable than the thirty minutes of vigorous exercise we’re regularly exhorted to do, and which I can’t help thinking puts off as many people as it helps! Better still, if you rack up 30 minutes of even very gentle pottering a day this can reduce the risk of early death by up to 17 percent.

Well that got me thinking about not just the normal pleasures of gardening, which right now aren’t quite enough to get me out of my chair, but how it also, just by being out there doing it, adds to our health, as nature’s very own kind of BOGOF offer! After a long winter indoors, and the excesses of Christmas still lingering the prospect of a free no sweat workout and health boost is just what I need to tip the scales (been doing a bit too much of that recently!) and get me out into my garden. So I thought I’d share with you some of what I remembered.
(I did a bit of googling, just to check my half remembered info was
OK, and I’ll leave a list of links at the bottom to some of the stuff I found). 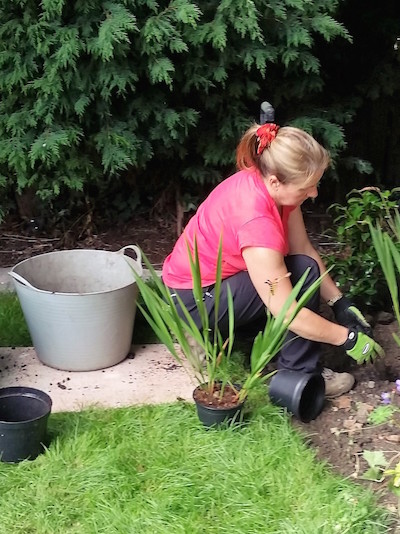 Turns out many aspects of gardening are simply great for our immune system. In the stressed world many of us live these days this is great news. I found out there’s at least three different ways this happens;
Vitamin D boosts the immune system. We’ve been through months of low light by now and many of us have spent most of that time indoors. In northern Europe it’s almost impossible to get enough vitamin D during winter months, so it’s safe to assume a lot of us right now are deficient in vitamin D. The good news is that you only need 15 minutes of exposure to sun a day to get sufficient vitamin D. And not only does vitamin D help you absorb calcium, recent research suggests it also keeps the immune system healthy. 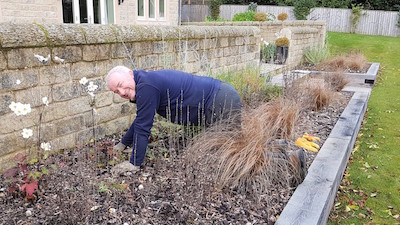 Gardening is a stress buster 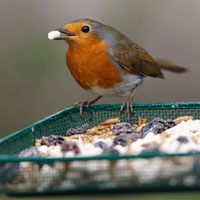 Gardening lets you enter the ‘zone’.

Gardening, where you become attentive but relaxed, allows you to enter a kind of altered state of consciousness similar to that a jogger, or a practitioner of yoga or meditation experiences. This is a magical state that many people find spiritually renewing, and more pragmatically, has been shown in many studies to lower stress levels. 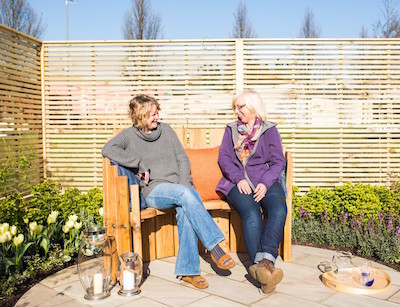 Get mucky and stay happy

We already know that children who are exposed to soil in their formative years develop stronger immune systems than kids kept in a squeaky clean environment. Recent research has also found that mycobacterium vaccae, a harmless bacteria found in soil, increases the release and metabolism of serotonin in parts of the brain that control cognitive function and mood. If that’s not enough researchers are finding increasingly clear signs that emotional health and the immune system are deeply interlinked and each affects the other. So yet another boost to the immune system from good old dirt.
So there you have it, better health, a boosted immune system, zen like calm and even the prospect of a longer life. And you get all this whilst doing what you love anyway. That’s it. I’m off out in the garden. I’ll get that cuppa later.
Here’s some links to some of the ideas I talked about;