Interesting Flowers and their Secrets

There is a Chinese proverb: The world is a rose, smell it and pass it to your friends. Flowers over the centuries have been a source of inspiration and enchantment. Like all living organisms they have their secrets, not only for survival but also with their connections to other living organisms, including humans.

Let’s look at a few of those alluring flowers that intrigue us and reveal some of their secrets. 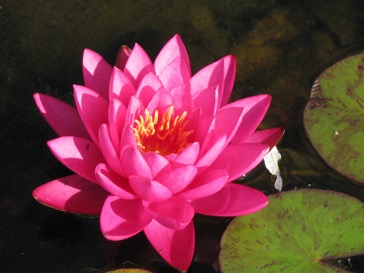 Its hard to know where to begin with the beautiful lotus flower as it has such a prolific list of interesting facts and secrets attached to it. Let’s start by saying it is a sacred symbol over many countries and religions. India, Vietnam, Sri Lanka, Macau and Egypt have all chosen the lotus as their national flower. It thrives in damp wetlands and rivers; in drought it will lie dormant, possibly for many years, before rising again to great beauty once the water returns. For this reason, the Egyptians especially, see it as a symbol of resurrection and eternal life. Hindus and many others, view the lotus flower as a symbol of fertility, serenity and spirituality.

Fragrant teas are made from the dried stamens and lotus seeds can be made into a paste and incorporated into baking cakes and pastries, or can simply be eaten raw on salads.

Almost at the opposite end of the spectrum to the lotus flower exists the Titan Arum. David Attenborough is attributed to shortening its name from the full scientific title of Amorphophallas Titanum. It is also referred to as the “corpse flower” as it produces a very putrid smell, unpleasant to humans, although pollenating insects love it! It is, without doubt, a giant in the plant kingdom, producing the worlds largest flower or inflorescence, often growing up to 9 feet high, and its tuber can weigh up to 200 lbs. It can go for many years without producing a flower, but when the time arrives, watch out! It grows with miraculous speed to its full size. Yet, after all that effort, it only lasts a few days before starting to collapse. The natural habitat for this enormous flower is not in a domestic garden but on the steep slopes of an Indonesian rainforest floor. If you are lucky with your timing you can witness its fascinating journey at tropical botanical gardens.

As the name suggests, moonflowers only appear at night, and at the first sign of daylight they close their petals very quickly. How fascinating this twist of nature, and what a fabulous choice of plant for evening entertaining and relaxation in your garden. As a bonus, the moonflower has an intoxicating fragrance which will permeate the garden all night whilst the petals are open. It also looks very attractive, as darkness accentuates the pale foliage and white flowers it produces (we can look at how to create a moon garden with other night flowers in a future blog). 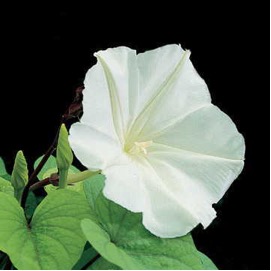 Moving from the moonflower to the bright and vibrant sunflower. Looking at a field of sunflowers you will see how their heads track the sun’s movements. This is a phenomenon known as heliotropism. Most of us know that sunflower seeds can be eaten and can be pressed to produce oil for cooking, but did you also know that this big beautiful vibrant flower helps to remove poisonous elements from soil, such as arsenic and lead? What a beautiful gift from mother nature, that it can suck up specific chemicals and absorb contaminants into its tissues, to make the soil safe for humans. 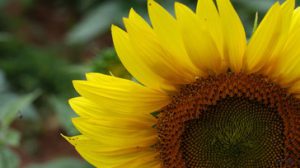 The beautiful rose derives its name from the Latin ‘rosa’. In the language of flowers, if a rose is red it means passion, if pink, it means happiness and if yellow, it is a symbol of friendship. Roses have been around for quite a while, in fact fossils have been discovered that date back 35 million years! Fast-forwarding to more recent history, a miniature rose called ‘Overnight Sensation’ was the first ever rose to be sent up into space to aid scientists with their research. The future of the rose also looks to be secure: the Juliet Rose was presented to the world in 2006 by David Austin, a well-known rose breeder. It is now a hugely popular choice for gardeners as it is fragrant, reliable, disease resistant and a vigorous grower. The secret to its success is that it took 15 years to develop at a cost of over 3 million pounds!

We all know that some roses are edible and can be made into jams and jellies but one of the most versatile parts of the plant is the rose hip, which is the fruit of the rose plant. It has been discovered to be a useful ingredient in treating arthritis; extracts can now be found on pharmacy shelves alongside the more familiar rose hip syrup, a valuable source of vitamin C.

I’m going to finish with the humble dandelion. Have you tried dandelion coffee?  Yes, it does exist. The roots are roasted to make a delicious caffeine-free coffee drink. Strictly speaking it’s a herbal tea but it has the appearance and taste of coffee. Great if you are wanting to wean yourself away from caffeine. Next time you visit your favourite coffee house, you may want to give it a try.

Get in touch for more information on flowers for your garden at North Leeds Garden Design.