The news that Sarah Price, a gold medal winner at this year’s Chelsea Flower Show, began her career as an artist started me thinking about all the ways in which art, artists and gardens are intertwined. We all know about Monet and the gardens and Giverny that inspired so many of his wonderful paintings, but I was surprised, or maybe not so surprised, to learn that much of the planting at Giverny was carried out by Monet himself. Here are some more interesting and intriguing stories about the rich and varied relationship between artists and gardens.

Derek Jarman was a radical film maker probably best known for the cult hit films Jubilee and Caravaggio. After being diagnosed with HIV in 1986 he moved to the most unlikely of places to start a garden, the shingle beaches of Dungeness, in the shadow of the nuclear power station. Here, in Prospect Cottage, he set about creating a garden that has become both iconic and highly influential. Flotsam collected from the shoreline is set amongst local salt loving plants to create a powerful and unique vision. 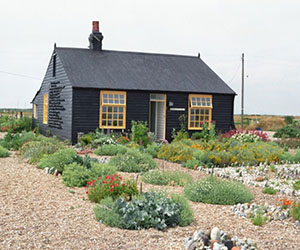 Ian Hamilton Finlay the sculpture and poet created Little Sparta in the Scottish lowlands during the second half of the 20th century. This is both a garden and a work of art, in fact it is hard to draw the line and instead better to think of it as a complete work that draws together gardening, ornament, sculpture and inscriptions in an indissoluble whole. It holds seven different gardens, an allotment and an area of ‘English Parkland’. It is recognised as a landmark garden of international significance. Unusually it has extended to incorporate a growing network of collaborators; stonemasons, gardeners, sculptors, calligraphers, ceramicists, printmakers, photographers, artists and academics. 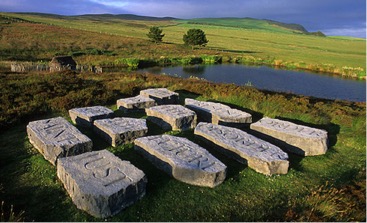 Gertrude Jekyll, possibly the most influential garden designer in the country began her adult life as an artist. The deep influence of the Arts and Crafts movement and the impressionistic drifts of colour in her borders are a testimony to her painterly approach. 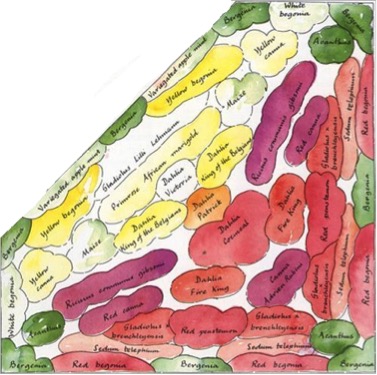 It isn’t only visual artists who have had a profound and inspiring relationship with gardens and gardening. Vita Sackville-West, creator of the much loved and influential gardens at Sissinghurst featuring the famous White Garden, and where she popularised the concept of the ‘garden room’, was also a successful novelist, poet and journalist (she wrote a gardening column for the Observer for fifteen years). A troubled soul her bisexuality brought her much distress. She had an intense relationship with Virginia Woolf who based her main character in her novel Orlando, who changes sex over centuries, on Vita Sackville-West. 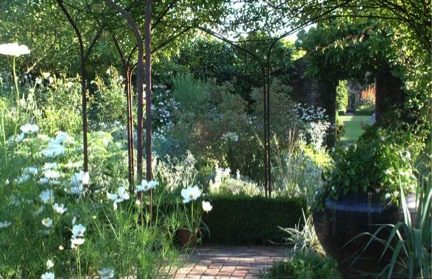 Vita Sackville-West. The White Garden Sissinghurst. ‘I cannot help hoping that the great ghostly barn-owl will sweep silently across a pale garden, next summer, in the twilight – the pale garden that I am now planting, under the first flakes of snow.’

Sometimes a garden itself is not the artwork so much as the inspiration for work. We all know about how Giverny inspired Monet but equally Frida Kahlo was deeply affected by her garden at her childhood home the Casa Azul (Blue House) which she eventually inherited from her father in 1939 and lived for most of her life. She steadily redesigned the garden from its stuffy neo-classical style to a riot of boldly coloured walls, and native plants. Many of the plants she grew in the garden found their way into her paintings or onto her body as decorations. 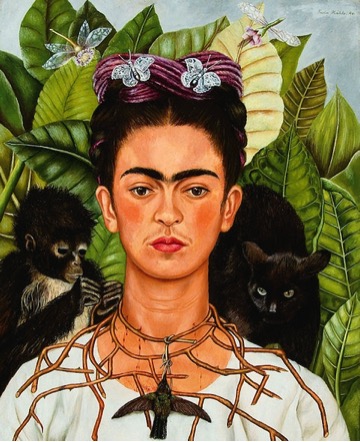 Frida Kahlo. Self portrait with Thorn Necklace and Hummingbird. The lush wall of giant leaves is based on the elephant ear plants that can still be seen in Casa Azul.

You don’t have to be an artist to find joy and beauty in the union of art and garden (but it can sometimes help if you’re extremely rich). If you’re ever in Venice take the time to pay a visit to the Peggy Guggenheim Collection and make sure you visit the garden. It contains one of the most sensitive settings of sculpture in a garden to be found. And whilst the sculpture is world class the actual garden is not very large and is an inspiration for anyone who would like to add the beauty of art to their garden. 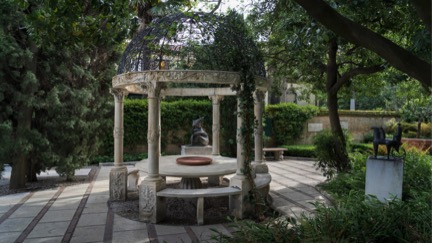