Most of us love the Impressionists. We adore the moods they create within their paintings and the dazzling colours they often employ. I remember going to Paris when I was sixteen and we went to all the art galleries which had Monet paintings.

To see the canvases up close was amazing, the waterlily series in the Orangerie was simply stunning.  I’ve never forgotten the myriad of colours that were daubed onto the canvas to create the depth of colour. Monet was and still is one of favourite artists.  His garden at Giverny, also visted that year, was amazing and I can still picture it all these years later. 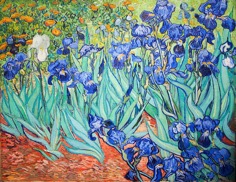 Since the 1860’s, painters have found gardens fascinating and inspirational. This was the age when gardening and horticulture were really beginning to emerge, in part as a reaction to industrial-era living, as an emblematic leisure activity and symbol. So, what is the legacy of that era? Well, now we are a nation where eight out of ten households have some sort of garden, and impressionist reproductions, particularly Monet, adorn thousands of walls – and whilst on the theme of Monet, was he a painter who gardened or a gardener who painted? Suffice to say that long before Monet started to create his own famous garden, he already loved to paint them. It was he who suggested that the boundaries between gardening and painting would blur immeasurably and eventually he put his green fingers where his brushes had been, by claiming that his own garden in Giverny was his ‘most beautiful work of art’.

This turns out to be a recurring theme. The Impressionists generally were quite middle class or suburbanite in their living conditions. Inspiration lay not so much at their own front door, but rather was to be found amongst the vivid hues exhibited by the leaves and flowers of their back gardens. On the whole, and of course there are exceptions, they lived with their families in small houses, gardens attached, on the edge of French cities where they had a mix of town and country. Their aim was to find real life, and where better to find it than in their immediate surroundings.

Of course, in a blog such as this, it is only possible to provide a snapshot of such artists:

Naturally it is Monet who shows why garden and countryside art matters and will always matter. His ‘Weeping Willows’ and his curving lily pond paintings in the oval galleries of the Orangerie in Paris were conceived to mourn the tragedy that was the Great War. When Monet finally achieved success after the struggles of his early career he spent his money on a natural wonderland to delight his eyes. The garden at Giverny became his second artistic project; gradually it fused with his paintings, providing endless inspiration, subject matter and reverie. 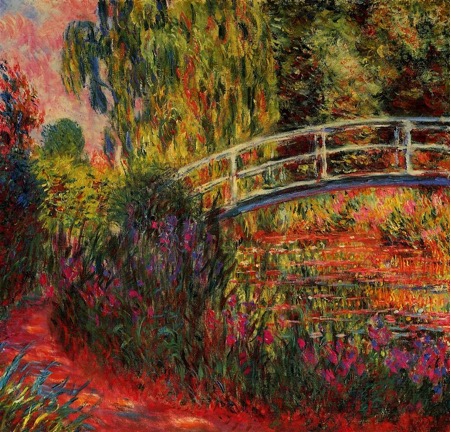 Renoir’s garden paintings, which owe much to Monet, are even lusher than those of his mentor. The garden that inspired him the most and which was the setting for some of his best-known paintings, was in Montmartre. He later said it was like a beautiful abandoned park; there was a vast uncultivated lawn dotted with poppies, convolvulus and daisies. It was within these large sprawling gardens that he strived to depict the human figure with changing mobile light filtering through the background foliage.

Pissarro painted rural and urban French life, but not exclusively so. He often painted in London, notably in Kew Gardens and Kew Green. His garden scenes were always portrayed in a sadder, more sombre light. Labourers and peasants were often featured in his paintings and on occasion evidenced his more radical political leanings.

Manet also fell under Monet’s thrall. Many of his outdoor scenes were inspired by Monet’s own garden at Argenteuil. 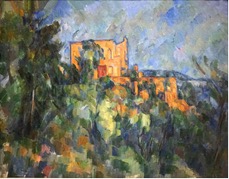 For Paul Cézanne, whose paintings bridged the gap between Impressionism and Cubism, gardens were also a recurring theme. He found endless inspiration in the grounds of the houses in which he lived, leading him eventually to create a studio in the garden at Les Lauves, the Provencal property in which he was to paint every day for the final four years of his life. These grounds/gardens provided the basis for some of his most enduring motifs – tunnels of trees, paths through woodlands, views through a cross-hatching of branches or hazy backlit flowers and foliage.

All of which brings us back to Van Gogh, who could cover the whole spectrum of gardens, from digging up potatoes, through blooming rose bushes and sun-dappled tree trunks, to the tortured outdoor pathways of his asylum.

In conclusion, gardens and flowers were a constant theme for the Impressionists and inspired great artists to produce some of their most memorable paintings. So, the next time you’re out in your garden, instead of picking up that book or jamming in those earbuds or even lighting up the barbecue, why not just sit down, drink in hand (not compulsory), then lie back and take in the scene.