“No empathy for its surroundings, an esoteric design, and an uncompromising statement of design pushed beyond normal limits.”

As garden designers, we have a wonderful life. We get to work for people who care about their garden and want it to look the very best. We have the chance to make the world a slightly more beautiful and benign place for us and the creatures we share this planet with. One of our greatest delights is that we keep in constant touch with the whole world of design. Interior design, graphic design, textiles even fashion. But possibly our greatest love of all is architecture, it is after all the closest to our world of garden design, it is our sibling.

So we watch with great pleasure developments in architecture and are always thinking about how they translate into our branch of design. So we’ve been watching one development, that is steadily increasing in popularity, with a mixture of bemusement and fascination. That is the movement in Architecture known as Brutalism. It was hugely popular in the 60s and 70s but then fell sharply out of favour. Indeed there have been many sighs of relief to see a local brutalist nightmare meet the bulldozer. But here it is making a strong comeback! How is this possible? We thought at first it was a perverse trend, an ironic hipster thing. But it has gone far beyond that, so we thought it was time to give it a second look, and it was fascinating.

There are of course plenty of vile monstrosities out there that really are better razed and forgotten. But the more we looked the more we realised that these aren’t how we should think about Brutalism. There are some stunningly beautiful Brutalist buildings and we decided to take a trip to London and spend some time with one of the UK’s most iconic and fascinating Brutalist developments. We were keen to see what the underlying language of Brutalism is, and how we might think about garden design from a Brutalist perspective.

Here is our photo album from our visit with some of our thoughts inspired by the visit. But before we start a quick aside, the term Brutalism is actually derived from the French word for raw – ‘brut’. It was Le Corbusier who first used this about his masterpiece Unite d’Habitation in Marseille 1952. So it’s a misconception to think that Brutalist architects have a passion for brutal ugliness, rather it’s a passion for simplicity and honesty about the materials used in modern building construction. Realising that opened a window for us to see these works in a different light. After all, modernism isn’t that different with its emphasis upon uncluttered space with no ornamentation, and the beauty of pure materials themselves, like glass, stone and steel.

Described by Queen Elizabeth as “one of the modern wonders of the world”, the Barbican Estate in London is one of the largest examples of the Brutalist style and represents a utopian ideal for inner-city living.

Looking at the Barbican definite themes emerge, and they’re very fertile for thinking about garden design: 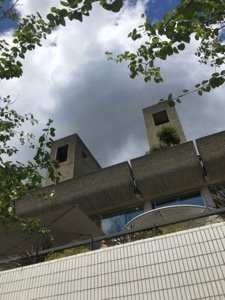 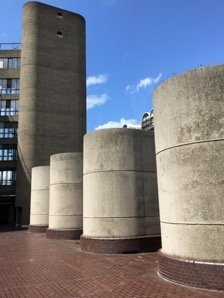 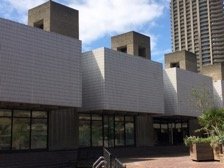 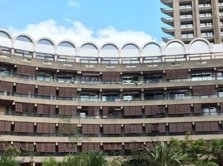 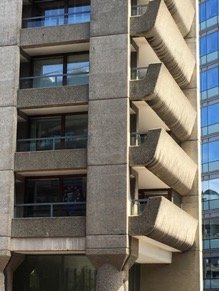 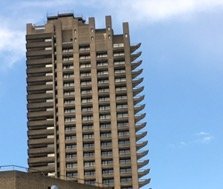 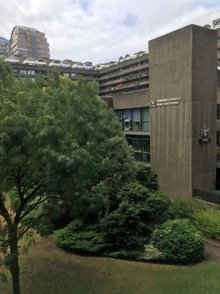 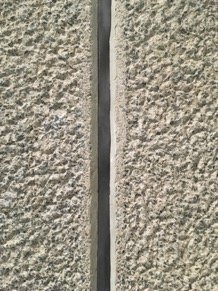 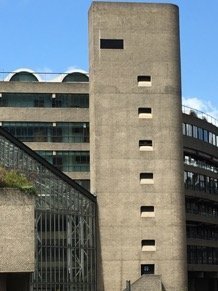 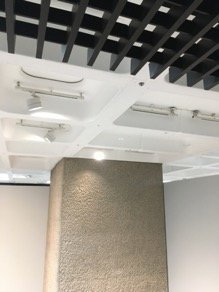 When looking at the best Brutalist architecture it can be seen to have some very beautiful cousins. From the formal gardens of England and France to Japanese Zen gardens, from the simple architecture of the white villages of Southern Spain to the high temples of Modernist architecture such as Frank Lloyd Wright’s Falling Water. They all embrace a purity, and a pared-back minimalism. They have a close attention to detail, shape, mass, contrast. They all pay close attention to the relationship between a garden and built environment, setting up sensitive conversations of rhyme and contrast between them. 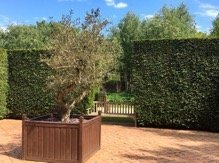 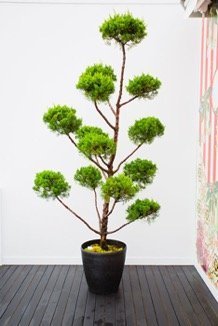 A strong silhouette and bold contrasts 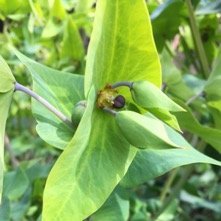 Plants with strong form and simple colour scheme like this Mole Plant (Euphorbia Lathyris) will bring an echo of Brutalism to a border.

We think that Brutalism can be seen as a part of a family of design styles that play a huge role in contemporary life. Many gardens probably already have a hint of Brutalism, and many may benefit from a little more!