A friend recently had his Ceanothus die on him. It was over 10 years old and all three trunks had spilt. 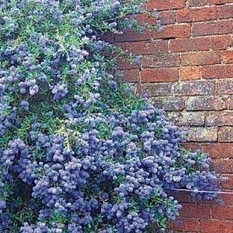 In May it was a sea of blue flowers with a contented buzzing cloud of bees all over it. Through it he’d grown two varieties of clematis that spilled pale pink froth among the intense blue, and a wild sweet pea that sprinkled its magenta high notes. Next to it a potato vine (solanum) produced showers of tiny violet flowers with sun-yellow centres. All of this against a terracotta wall. It was quite a sight.

So he was devastated, and it was made worse because he couldn’t save the clematis plants as they were too entangled in the Ceanothus. He also had to cut back the potato vine to untangle the now doomed clematises.

As he did so he noticed that smothered in the dark, under the potato vine were seven(!) rose bushes. He’d never seen them before and the solanum was so dense it was extraordinary they’d survived at all. So a plan formed. He would set the roses free and change this long narrow bed into a rose garden. So he pruned the solanum hard (they can take it) to let the roses get sunlight for the first time in years. He bought and planted another ten roses where he’d dug up the Ceanothus and the clematises. he watered all the roses carefully through this long dry summer and, even now, his house is full of roses of every colour and type.

The rescued rose bushes are a bit thin and leggy this year, but with care and good feeding they should make a full recovery and his rose garden will give him as much, if different, pleasure as his much missed ceanothus and all its pals. He’s already getting a gleam in his eye as he plans what companion plants he’s going to introduce (looks like lavender is top of his list right now). 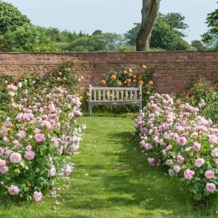